You’re an Oculus Quest 2 user, and you need to use Virtual Desktop to play your favorite games not previously available on your Oculus Quest 1 or you want to try the new Oculus Air Link streaming technology that promises a full freedom of movement. The whole point to an immersive Virtual Reality experience is to be LITERALLY untethered to the ‘other’ real world you’ve left behind.

And there’s the problem.

With the random quality of routers out there you can’t really know which ones will work for your PC/VR gaming, including its ability to span the distance and obstacles to your headset.

The typical router suffers a “traffic congestion” syndrome which occurs when multiple devices are connected simultaneously, including your PC and VR gear.

As a result, the VR traffic clashes against your internet traffic which leads to lags and other annoying setbacks during gameplay. And to be honest, that’s not cool.

Now you’re probably wondering, “Do I really have a router that can deliver uncongested traffic directly to my gaming PC and VR gear -wirelessly- that can compete with a cord?

You’re about to find out.

However, as with every solution, there’s a catch!

We’re not talking about the 2.4GHz network, rather only the 5.0GHz. This is the higher bandwidth, SHORTER distance technology that your headset requires.  Therefore, you need a device with wireless technology (access point or router) that can offer a 5GHz dedicated stream, usually rated as 802.11AC or AX, while it is connected to your PC via Ethernet.

After much thought and critical feedback from the gaming/VR community, our technical team came up with a solution just for this situation. One which will provide a dedicated internet connection while gaming with your VR gear without traffic congestion. Also, it is well suited for the new Oculus Air Link to power your PC/Rift games.

Here’s the bottom line:  “The solution” is using the NexusLink WB-1750 (single) to power your gaming platform.

As designed, the NexusLink WB-1750 used an Ethernet connection to the PC network, allowing both the gaming PC and VR gear to reach the router when necessary. The WB-1750 uses technologies like MU-MIMO for reduced lag and high-powered AC1750 for faster speeds delivered over a dedicated 5GHz band.

Let’s get a visual on this to solve the two most common scenarios.

The first is when the home Router is too far from the PC and VR gear. As long as you can connect the single WB-1750 to the router by Ethernet, it’ll look like this:

The one WB-1750 will use it’s two Ethernet ports to connect to the Router and PC, and then communicate with the VR headset by the 5GHz dedicated connection. Done!

Scenario B is when you cannot get that Ethernet connection to that WB-1750 next to your VR set.  Using the WB-1750-KIT will add a second unit to get the job done:

This may turn out to be more common than the first scenario!

Listed below are rich features you get to experience and enjoy when using the NexusLink Wireless Bridge WB-1750 to connect your gaming PC and VR gear.

The NexusLink WB-1750 efficiently demarcates your home traffic from VR traffic which leads to dropped frames and lag caused by surrounding bandwidth-intensive activities.

To break it down; this means the following:

Maintains its Strength of Connectivity Even in Hard-To-Reach Locations

Effortlessly connect to the new Oculus Air Link or Virtual Desktop to play all your PC and Rift games without breaking a sweat.

The NexusLink WB-1750 comes with a ton of features built mainly for gaming with its state-of-the-art technologies like its gaming centric QoS, MU-MIMO, smart channel switching schemes, etc.

Here’s a new concept for you: the WB-1750 prioritizes latency over spead… this is the gamer’s tour de force. Most have more bandwidth then they need, so sacrificing what’s not being used to ensure lag-less games is brilliant.

With these advanced technologies your gameplay’s performance gets even better and your network performance won’t slow you down- only you can do that.

If you think about it, the Oculus AirLink was developed for gamers to embrace the idea of untethering their VR gear for immersive mobility during gameplay.

And we’ve covered that last mile. The Nexus Link WB-1750 complements the major development point from Oculus Air Link(untethered VR) by delivering faster internet speeds to your PC and VR gear that way you connect to the Air Link and enjoy the free mobility.

We’ve obsoleted the fear of instant disconnect with a tugged out cord.  As a result, you get more mobility by the absence of the 6ft cord limitation on Quest 2 units and the 16 ft cord on Quest 1.

Another benefit: a poor wireless connection to the headset will cause lagging and for some, dizziness and a headache due to a low frame rate.  This won’t happen with a WB-1750 in the room.

What are you waiting for?

Check out the Quick Installation Guides for the WB-1750 and Wb-1750-KIT to get a better understanding of how to get the Wireless Virtual Reality set up that best suits you! 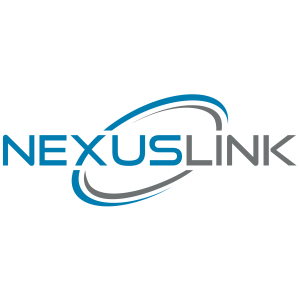 How G.hn Can Help Your WFH Efforts

NexusLink's Response to Coronavirus (COVID-19) Please note: All of our services are still fully operational. We continue to monitor the situation daily while taking the necessary precautions to ensure the safety and well-being of our staff and manufacturing partners.